Vehicle manufacturer History Germany from 1988 to 2010

The VM Exclusiver Fahrzeugbau GmbH was a German company in the automotive industry and was a manufacturer of replica and sports automobiles .

Klaus Vielhauer, Robert Menschik and Ulrich Menschik founded the company at Uhlenbruch 12 in Bergisch Gladbach in November 1988 and began producing automobiles. The brand name was VM . In 2010, the car production ended. The company is still active in the field of automotive repair and restoration as well as metal construction.

The first model was the Seventy Seven . This was a replica of the Lotus Seven , available as a kit car and complete vehicle . An engine from Ford with 2000 cc displacement and 105 or 130 hp power or Opel 16v engine with 150 hp  The open two-seater was made until 2010. 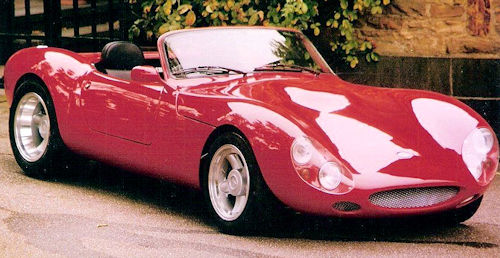 There was also the model Nardo . This was also an open two-seater. In the top-of-the-range Nardo 200 GT , a four-cylinder  engine from Cosworth with a displacement of 2,000 cc and 120 hp, with 204 hp turbocharger , provided the drive. The Nardo was only available as a complete vehicle.