Automotive manufacturer Grünwald , Germany from 1988 to 1997 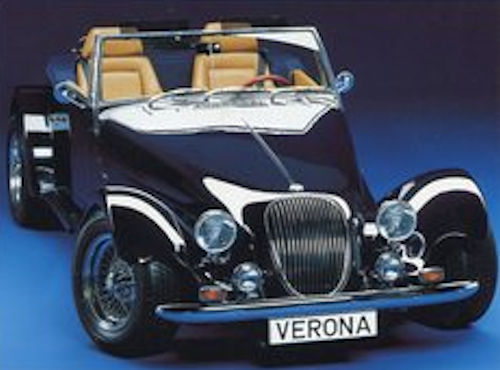 As an option, a differential lock (25%), anti-lock brakes , an automatic transmission, power steering , air conditioning and a hardtop were also offered. In addition, a roadster version could be ordered: The vehicle then received special roadster doors with stakes, side deflectors and a removable hood.

The car is based on a tubular frame made of high-strength, coated steel . The body is made of glass fiber reinforced plastic with so-called "sandwich inserts ".

The chassis has front and rear independent suspension , front with stabilizer. The tires are 225/60 VR 15 on chromed spoked wheels of size 7Jx15.

The company produced open two-seaters. Six and eight-cylinder engines from BMW were responsible for the drive .