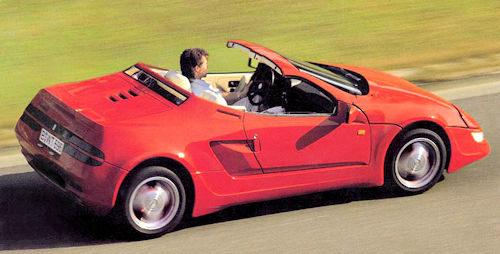 The Walter Treser Automobilbau GmbH  was a German manufacturer of automobiles .

Walter Treser , who has been operating Walter Treser GmbH in Hofstetten near Ingolstadt since 1981 , founded the company in Berlin in 1985 . He first produced concept vehicles based from Audi and VW.

In 1987 he presented an independent model. The production of automobiles began. The brand name was Treser . In 1988, production ended when the company went bankrupt .

The Treser TR-1 was a two-seater. A special feature was that the metal roof could be completely sunk behind the seats and so turned a coupe into a roadster . The drive was provided by a four-cylinder engine from Volkswagen with a displacement of 1,800 cc and four-valve technology mounted behind the seats in mid-engined construction. In total, 25 vehicles were created.