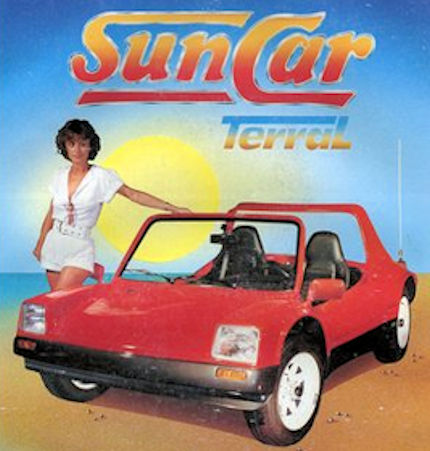 The Sun Car Production GmbH was a German manufacturer of automobiles in Quickborn in the mid 1980s.

The company began in 1985 under the direction of Jürgen Schöne with the production of automobiles. The brand name was Sun Car . Around 1986 the short production ended.

The only model was the Terral . This was a VW buggy . An open body made of plastic glass fibre and was mounted on the chassis of the VW Beetle . The drive was provided by the original 1.6 50 ps VW flat four cylinder boxer engine .