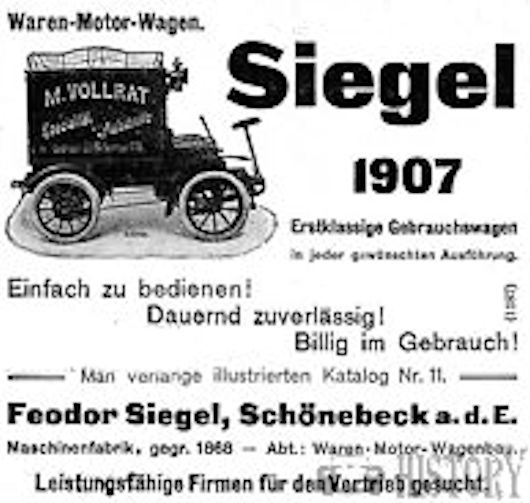 Automobile factory Feodor Siegel was a German manufacturer of automobiles in the early 1900s .

The company was founded in 1868 in Schönebeck as a machine factory, iron foundry and boiler forge. In 1906, vehicles were presented for the first time at the Berlin International Motor Show. In 1907 production began. The brand names were Siegel and WMW , short for goods engine wagons . One of the co-owners was August Luther. In 1911 he filed for liquidation .

The first model had a V2 engine with 9 hp , later followed by the models 6/12 hp and 8/20 hp with four-cylinder engine . The Fafnir works supplied the engines.

The offer included open two- and four-seater and delivery vans . 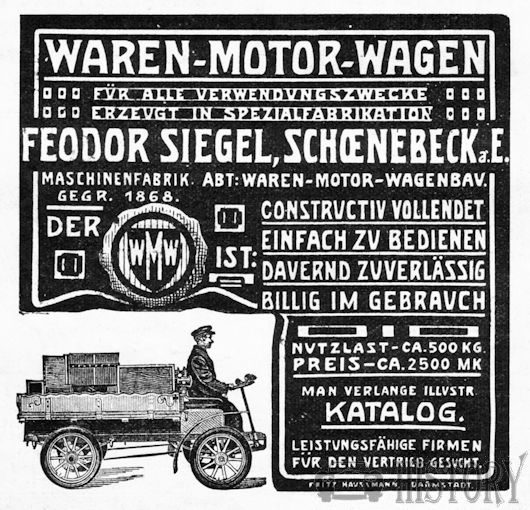