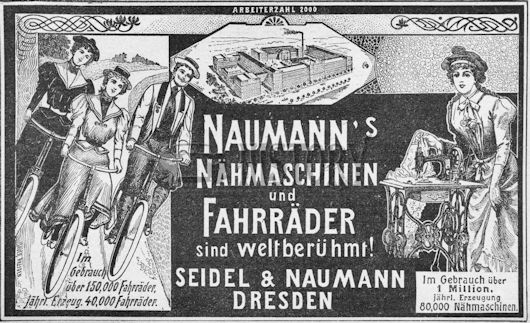 Seidel & Naumann was founded in 1868  Around 1892, the mass production of bicycles of the brand "Germania" began. Advertisements also bear witness to "Naumann's bicycles" under this independent name. "Germania" motorcycles started. The plan to produce their own motor vehicles was abandoned Germania motorcycles and luggage tricycles were manufactured under the license of Laurin & Klement. 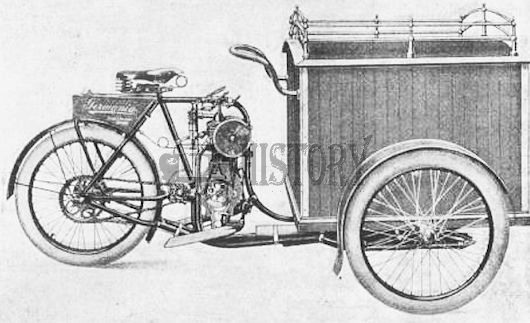 In 1905, the company produced a self-developed automobile . The vehicle with the model designation 34/40 hp.