Vehicle manufacturer Pasing Germany from 1921 to 1923 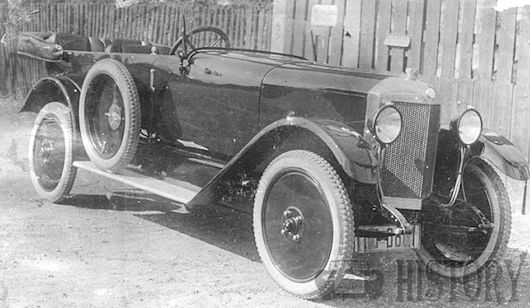 The automobile plant Walter Schuricht was a German manufacturer of automobiles in the 1920s.

The company from Pasing began in 1921 under the direction of Walter Schuricht with the production of automobiles. The brand name was Schuricht . 1923 ended production. The Bayerische Automobilwerk took over the company in 1924 till 1925.

Schuricht's goal was to build solid and affordable vehicles for a broader population during the post-war period . The company produced the models PK 3 4/12 hp and PK 4 5/15 hp . In both models, water-cooled four cylinder engines provided the drive. three-speed an additional reverse gear. On offer were sport two-seaters as well as limousines and open touring cars with room for four people. and were equipped with solid wheels. The structure consisted of steel-clad plywood. In addition, three racing cars with streamlined bodys driven by Walter Schuricht below.