Vehicle manufacturer Berlin Germany from 1925 to 1926 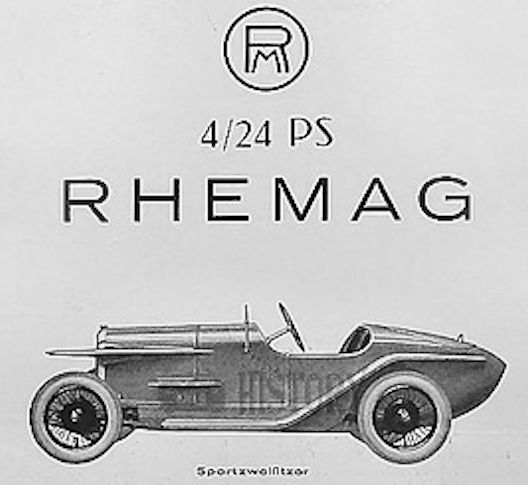 The Rhenania engine factory AG , abbreviated to the acronym Rhemag , was a 1917 founded and until 1930 existing companies in the area of engine and motor vehicle in Mannheim ,and from 1920 in Berlin .

The company was founded in 1917 due to the war, especially for the production of the aircraft engine type " Siemens & Halske Sh.III ". With the ban on aviation after the war, people turned to civilian products. Then was moved in 1920 to Berlin, Hohenzollernstraße 20 in the Tiergarten district.

Around 1930, the company went bankrupt and was taken over by Riebe-Werke AG (now SKF ).

In 1924 at the International Motor Show in Berlin under the brand name "Rhemag" its own two or four-seater sports car with a four-cylinder light alloy engine with 1100 cc displacement and 24 hp ( bore/stroke = 62/86 mm). The performance 100 km/h.Transmission and drive : Multi-plate clutch in oil. Blocked 3-speed gearbox with ball switch. Drive on rear wheels. Axle housing made of light metal. Fischer-ball differential. Shear absorption by Kardankugel. In the spring of 1925 it was said about the company: "In the course of 1925, the company intends to start the construction of passenger cars.But no cars built after 1926 and the company closed in 1930. 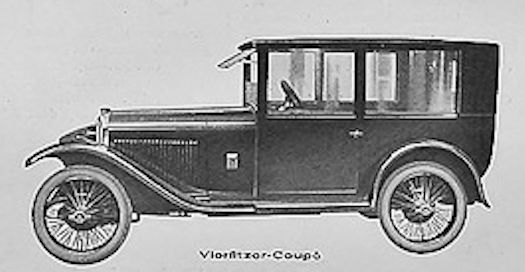