Vehicle manufacturer Gaggenau Germany from 1895 to 1903 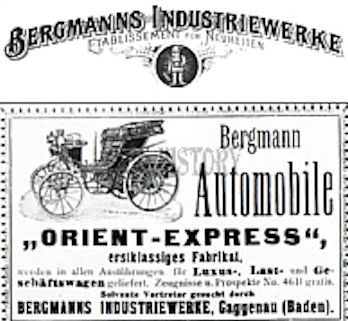 Orient Express was a German car brand from 1895 to 1903 in Gaggenau Germany.

The company Bergmann's Industriewerke of Theodor Bergmann in Gaggenau manufactured automobiles from 1895 to 1903, which were marketed as Orient Express . The Süddeutsche automobile factory Gaggenau then took over the company.

The first model was similar to the former models of Benz . The single-cylinder engine with 1800 cc displacement with initially 3 hp , later 4 hp was located in the rear lying and powered by belts to the rear axle. The rear wheels were larger than the front wheels. There were the body forms two-seater Phaeton, four-seater Doppelphaeton and four-seat Vis-à-vis . This model was made until 1903. There were also similar models with two-cylinder and four-cylinder engine .

A vehicle of this brand occasionally participates in the London to Brighton Veteran Car Run . 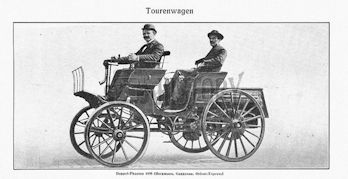