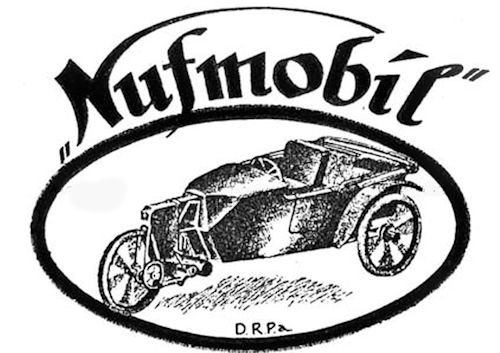 Nufmobil was a German automobile brand from the 1920s

The Nufmobil was a tricycle similar to the La Va Bon Train . The single wheel was in front, the engine directly behind. It was steered with a steering wheel. The vehicle could accommodate two people. Since the engine made only 3.5 hp , the vehicle was allowed to drive without a license , registration and vehicle tax.