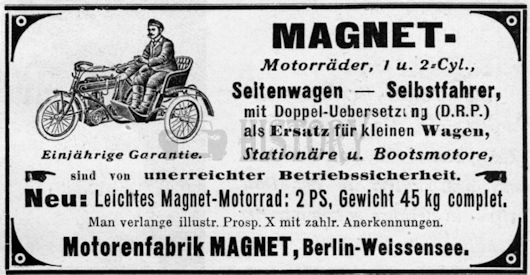 The engine factory Magnet GmbH was a German engines,motorcycle and car manufacturers .

The company was founded in 1900 in Berlin-Weißensee as Motorenfabrik Magnet GmbH . 1912 was renamed Magnet-Motoren AG . Now the company was also based in Berlin-Halensee . 1926 ended production. The main focus of production was in the construction of marine engines.