Vehicle manufacturer Berlin Germany from 1924 to 1925 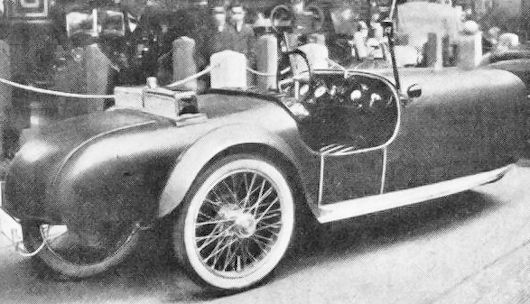 The Morgan Auto AG was a German manufacturer of small cars, which was based in Berlin from 1924 to 1925 . This company had no connection to the British Morgan Motor Company .

The two-seat Morgan Roadster had four wheels, but in an unusual arrangement: There was a single, steered front wheel, a central axis with two wheels behind the backs of the seats and a single rear wheel in the middle of the vehicle rear. This single rear wheel was powered by an air - cooled two - cylinder 500 cc boxer engine with 12 hp (8.8 kW) installed directly behind the seats.

This "three-track car" is considered to be inspired by the Mauser single-track car from 1923 to 1925.