Vehicle manufacturer Chemnitz Germany from 1922 to 1926

The Moll-Werke AG was a German automobile manufacturer from Chemnitz .

The company decided to start producing cars after the First World War. For this purpose, a completely new assembly plant was built in Chemnitz-Ebersdorf and a body shop in Lichtenau . In 1922 production began. In 1925 the company went bankrupt and in 1926 production ceased. The plant in Scharfenstein became the property of DKW .

The first model, the 6/30 hp Mollwagen , was produced from 1922 and replaced in 1924 by the 8/40 hp Mollwagen . Both had a four-cylinder engine from Siemens & Halske . In addition, from 1923 there was a small car, the Mollmobil . This model had a DKW engine with 200 cc displacement and could accommodate two people in a row.

After the financial difficulties of the Moll works, the company Borcharding & Co. from Berlin took over the remaining production and continued to produce the Moll mobile for a short time. 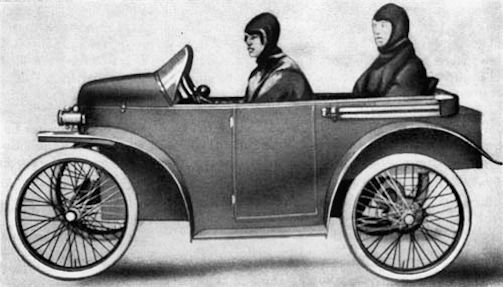