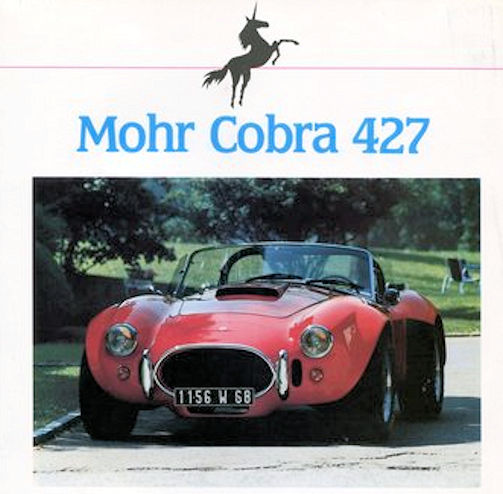 Jürgen Mohr founded the company Motorsport-Center Mohr in 1985 . The company headquarters was in Weilermer Straße 15 in Karlsbad . In the same year began the production of automobiles. The brand name was Mohr . In 1988  moved to Siemensstraße 6 to Straubenhardt- Feldrennach. 1990 was the company was named Mohr Automobile GmbH . Around 1996 production ended.

The company produced replicas of classic vehicles. Many models were available both as a kit car and as a complete vehicle.

The model Cobra 427 was a replica of the AC Cobra . The vehicle was based on its own vehicle frame. Some parts from the Ford Granada used, including the six-cylinder engine with 2800 cc displacement and 160 hp performance. The V8 engine from Rover was also available. with a chassis from Jaguar , this model was also equipped with a large V8 engine from Ford available with 5700 cc capacity.

In addition, there was a replica of the Lamborghini Countach from the spring of 1987 .The engine was powered by an Audi engine .

The model Rush was similar to the Lotus Seven . The design came from Dax Cars . Provided a four-cylinder engine with 2100 cc and 115 hp from the Ford Sierra for the drive. Gorgus took this over the model from 1996.

In addition, there was the Miami Spyder  with a twelve-cylinder engine from the Jaguar XJ 12 . 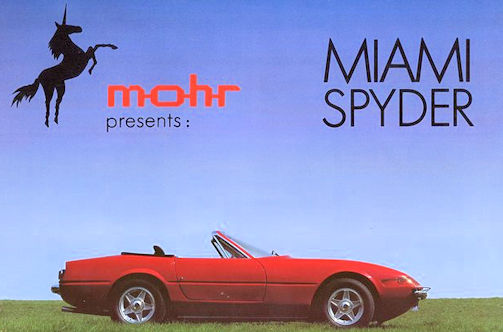