Vehicle manufacturer Munich Germany from 1921 to 1924 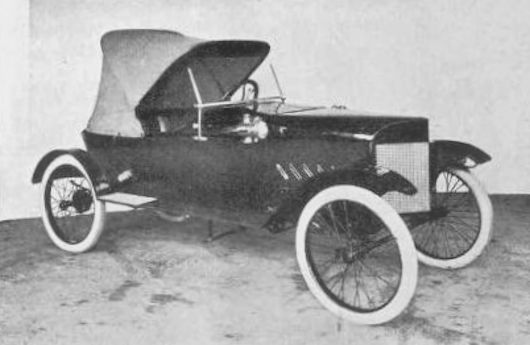 Karl Mayr Automotive Engineering was a German manufacturer of automobiles in the 1920s .

Karl Mayr founded the company in 1921 and started producing automobiles. The brand name was Mayr/Mayrette . By 1924 ended the production. Overall, a few dozen vehicles were created.

The company produced small cars. The cars offered one or two seats. The first model was powered by a two-cylinder engine from BMW with 500 cc displacement . The second model was a tricycle. For driving a saw built-in motor of JAP with 200 cc capacity, the drive the single rear wheel.

Mayr was also involved in the Maja factory from 1923 to 1924 and produced between 1925 and 1934 small tricycle commercial vehicles for his company Mayr tricycles .