Mauser was one of the oldest and internationally best-known German weapon manufacturers , in particular of military and civil handguns .After the First World War, the Mauser werke were no longer allowed to produce military weapons under the terms of the Treaty of Versailles . From 1934, Mauser was also integrated into the (at first secret) upgrade of the Wehrmacht . Now again military weapons were produced, namely the carbine 98k, which was adopted in 1935 as a German ordnance . Since the production should initially be unnoticed by the Allies.During the Second World War, more than 5,000 forced laborers were employed to maintain production.

Mauser was from 1920 also developer and manufacturer of various measuring tools such as micrometers or calipers . These measuring tools were also produced for the US market under the name Scherr-Tumico , for example . Mauser filed over 200 patents for hand tools and measuring tools between 1922 and 1996 , including several patents for "adjustable wrenches ". 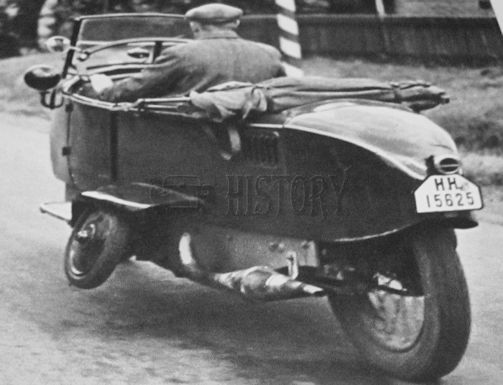 The single-track wagon with lift up wheels

In 1920, the company became aware of the single-track wagon by Gustav Winkler , took over and improved the construction, and presented the Mauser 2/6 hp single-track car at the 1921 Berlin Motor Show .

It was a car on two wheels, one in front, one in the back, and two side support wheels that were folded up while driving. The single-cylinder engine with initially 496 cc, later 510 cc capacity made 6  hp . The serial production of this model ran from 1923 to 1925, some further vehicles were still produced until 1927. 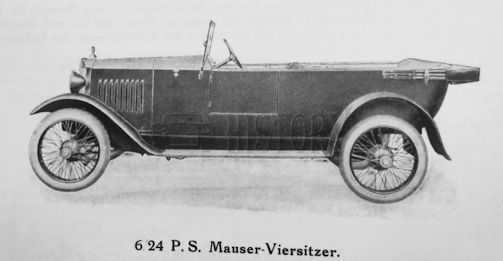 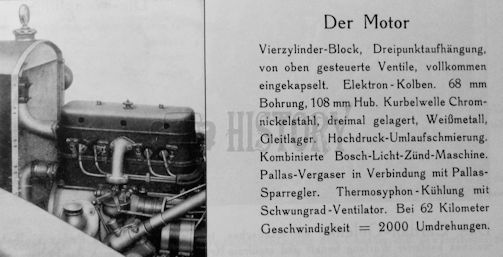