Vehicle manufacturer Nuremberg Germany from 1903 to 1909 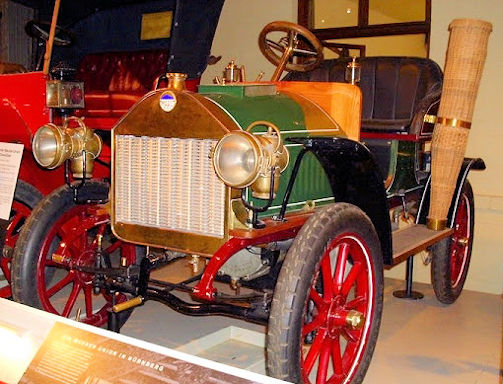 The Mars factories were a company of vehicle production from Nuremberg .

In 1873 Paul Reissmann founded the company Mars in the Siegmundstraße in Nuremberg-Doos for the production of cast-iron. The construction of motorcycles began in 1903 and in the same year the production of a few automobiles driven by one-cylinder 1000 cc De Dion Bouton engines. The automobile industry ended in 1909.

From the late 1920s until the Second World War , Mars produced motorcycles with engines from Motosacoche , Villiers , Sachs , JAP and Sturmey-Archer . There were both two stroke and four stroke engines of different capacities .