Vehicle manufacturer Sackingen Germany from 1947 to 1950

Maschinenfabrik Danger , short Mada , is a former German manufacturer of automobiles in the 1940s . 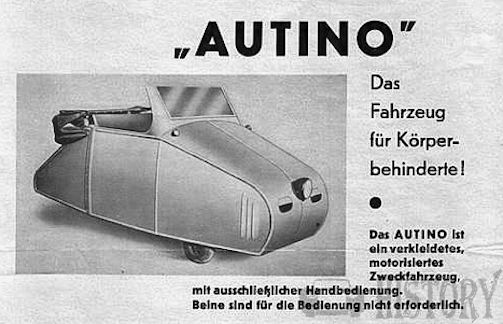 The first model Autino appeared in 1947. This was a tricycle , in which the single wheel was at the rear. The engine of ILO with 125 cc displacement was mounted above the front wheels. The vehicle could accommodate one person and was intended primarily for the disabled, since all control levers were mounted on the handlebars. It was an open vehicle with hood.

1949 followed the four-wheeled model Libelle 250 , which was also available with manual control. The single-cylinder engine from ILO with a displacement of 250 cc produced 6.3 hp and powered the front wheels via a three-speed gearbox. The top speed was 72 km / h. The closed body could accommodate two people next to each other. 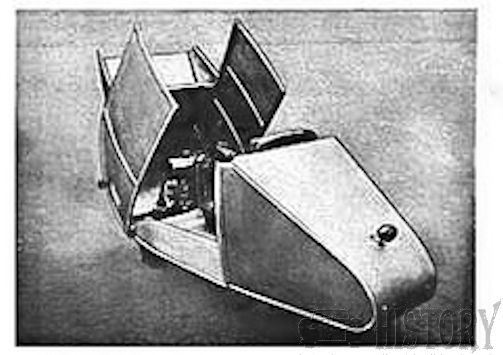