Vehicle manufacturer Ludwigshafen am Rhein Germany from 1898 to 1902 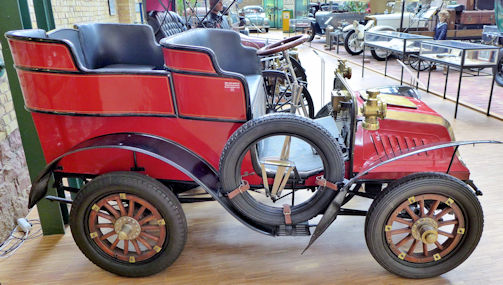 The Lux'sche Industriewerke AG was a German manufacturer of automobiles based in Ludwigshafen am Rhein . The vehicles were sold under the trade name Lux.

From the company Lux works were Lux'sche industry Werke AG . Their first automobile was produced in 1898. The car production was stopped in 1902.