Vehicle manufacturer Wolfratshausen Germany from 1984 to 1991

The LR Automotive GmbH & Co. KG is a German company in the automotive sector and was a manufacturer of automobiles .

Friedrich Peter Lorenz and Heiner H. Rankl founded the Lorenz & Rankl GmbH & Co. Fahrzeugbau KG company in Wolfratshausen in 1984 and began producing automobiles. The brand name was Lorenz & Rankl . 1991 ended the production of own models. The company continues to be active in the industry. 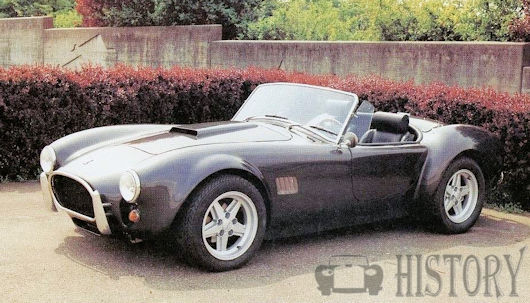 The company produced two models under its own brand name. The basis of both models was a stainless steel frame. The body was made of aluminum . The model Cobra was a replica of the AC Cobra .

The model Silberfalke , also called Silver Falcon , was independent. Both were open two-seaters. The drive was provided by a V8 engine from Daimler-Benz with a displacement of 5 liters and a power output of 240 hp and a displacement of up to 5.6 liters.

In addition, conversions of closed vehicles in convertibles , station wagons and extended limousines were created. The basis were, among others, the Ferrari models 308 , 328 , 400 , 412 and 512 BB and the Mercedes-Benz 126 series .