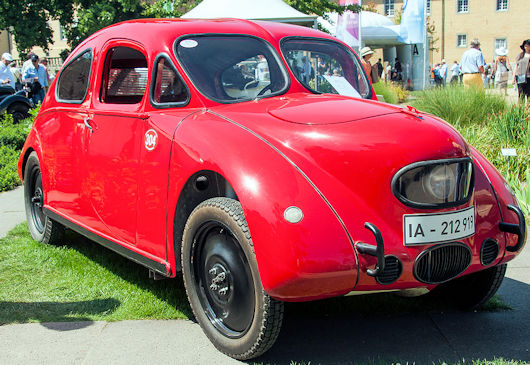 Leichtbau Maier is a largely unknown German automobile designer from the beginning of the 20th century. The engineer Friedrich Eugen Maier from Berlin designed and built at least one car prototype in the 1930s and put it on the market with World War II taking over no serious production was made  .

It was a small car first built in 1935 with a 20 HP -DKW Heckmotor. This was later exchanged for the engine of a VW beetle . The developer had built revolutionary details for that time: a height-adjustable driver's seat steering-linked headlights, a height-adjustable suspension, a self-supporting closed car body. Overall, Maier has 12 patents in Germany for car development and others registered in the US and UK. The nameplate contains the following information: "Leichtbau Maier. Car number LM 050 1/35; Engine number 386418; 20 hp; Bore 76; Stroke 76; Weight 684 kg; Total weight 1034 kg ". 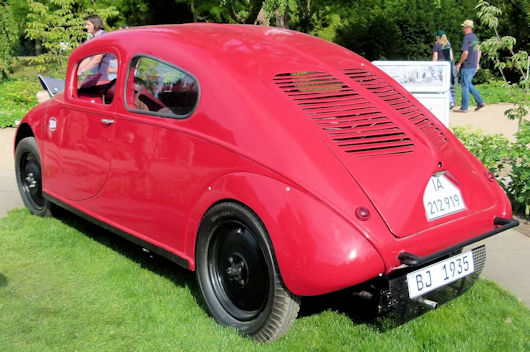