Automotive manufacturer Halle Germany from 1927 to 1929 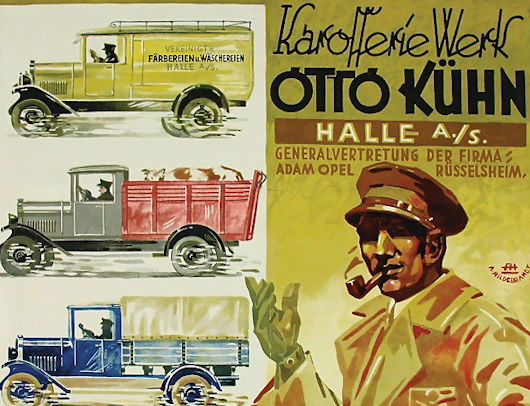 The coachwork Otto Kühn was a German wheelwright who was based in Halle (Saale) .

In the 1920s, the company was the main supplier of special bodies of the Adam Opel AG . There bodies made of all kinds, the Opel did not produce itself, were produced in small series, such as trucks,station wagons , cabs and convertibles .

In the years 1927 to 1929 they even offered the Opel 8/40 hp with some modifications to the chassis and the radiator as its own make Kühn 8/40 hp . The vehicle had a six-cylinder engine .

In 1931, the company came in financial difficulties, which could be remedied by redevelopment. 1945 after the Second World War was expropriated and then went to IFA. 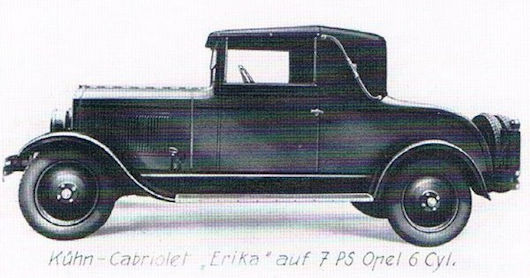