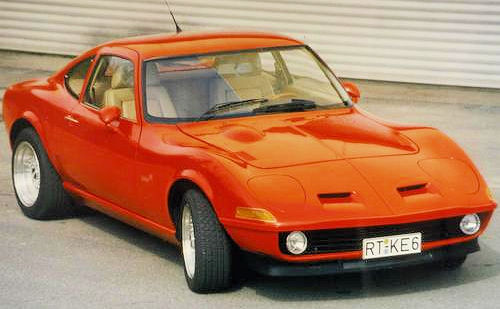 Keinath was a German car manufacturer , which produced under the direction of Horst Keinath from 1993 to about 2003 in Reutlingen sports cars.

Horst Keinath was previously together with his two brothers owner of an Opel representation in Dettingen an der Erms and developed after leaving this operation, which went bankrupt around the year 2000, a private automobile after model of the Opel GT . As a basic form served an original Opel GT from the 1970s, which was enlarged in width by about 20 cm. Initially intended as a coupe , it was later turned into a convertible with fully retractable hardtop .

The Keinath GT / R was a convertible with fully retractable fiberglass roof, which looks quite similar to the Opel GT. Under his fiberglass body stuck an Opel V6 engine and an Opel suspension.  Overall, in the period from 1997 to 2000 probably a maximum of 21 vehicles of this type. Exact quantities are not known. The registered maximum speed is 240 km / h. The spare parts supply is secured to the present day by Opel.