Automotive manufacturer Berlin Germany from 1905 to 1955 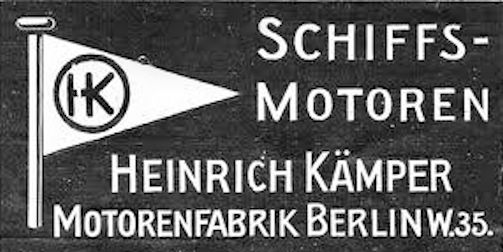 Heinrich Kämper engine factory was a German manufacturer of engines and automobiles .

The company was founded in 1901 by the mechanical engineer Heinrich Kämper as a limited partnership . The location was at Kurfürstenstraße 146 in Berlin W35 .The production of engines began. In March 1903 Kämper presented one-and two-cylinder engines for automobiles and boats at the German Motor Show in Berlin .

1905 began the production of automobiles. There was only a single car model. It was equipped with a four-cylinder engine with 8 hp . Most vehicles were used as a taxi .The brand name was Kämper . As early as 1906, automobile production ended again. In the same year the company moved to Berlin-Mariendorf. From 1920 Kämper was successfully engaged in the development of diesel engines , which were used in particular in tractors, small locomotives and Lorrys. During the Second World War, the company was in the Duisburg Demag Group incorporated and on the Marienfelder factory premises were at this time, had several forced barracks .

The post-war construction of a Kaemper crawler tractor did not go into series production and the company existed as an engine manufacturer until about 1955. 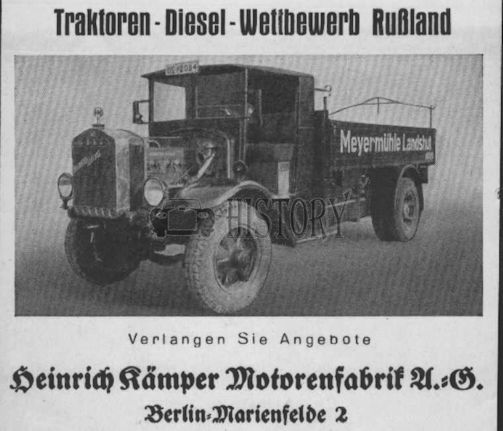