Automotive manufacturer Germany from 1957 to 1959 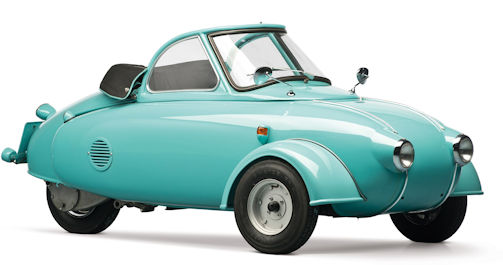 Jurisch was a German automotive company from the 1950s.

Jurisch made 3 wheel microcars. The brand name was Jurisch from 1957.

It was a microcar with the single wheel at the back. Instead of doors, the entire upper part of the one-seater body could be folded back. With a single cylinder four-stroke engine from Heinkel. The engine made 9.3 hp from 173 cc capacity . The vehicle was equipped with electric starter and a four-speed gearbox. It was 228.6 inches long and 122 inches wide. The curb weight around 173 kg 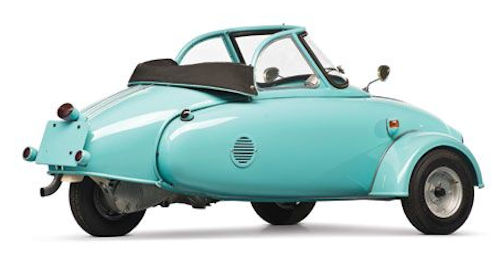