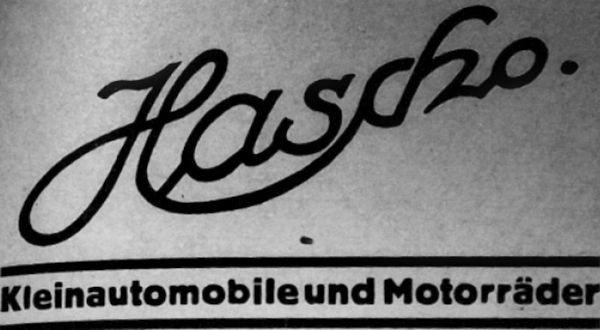 The Halbritter & Schollmeyer motor vehicle construction was a German company in Mühlhausen / Thuringia , which produced motorcycles and automobiles .

The company began in 1923 with the production of motorcycles. As brand name Hascho was used. 1926 ended production. .For bikes the drive initially provided two-stroke engines from DKW with either 142 or 173 cc displacement . From 1925 engines were used by Villiers .

Automobiles were only offered or manufactured in 1924 As the only model, a small car was presented at the 1924 Berlin Motor Show.