Automotive manufacturer Berlin Germany from 1897 to 1901

Loutzky Company for automobile construction system was a German manufacturer of automobiles at the turn of the 20th century.

The company from Berlin was founded in by Boris Loutzky 1897  for the production of automobiles. The brand name was Loutzky. By 1901 ended the production.

From 1897 three-wheelers were created in the manner of the De Dion Bouton motor tricycle with passenger trailer. in 1899 was followed by a four-wheeled small car with two seats. For the drive provided a two-cylinder engine with 1000 cc displacement and 3.5 hp , which was mounted in the rear.

In addition, a delivery van for the Reichspost was created with two-cylinder engine that made 5 hp. Two people sat side by side on a bench seat that was mounted far back on the vehicle. In front of that was a box for cargo. 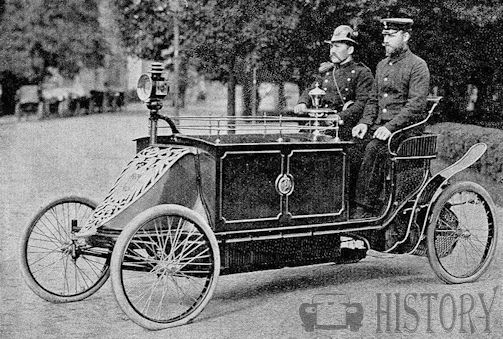