Automotive manufacturer Mainz Germany from 1922 to 1927 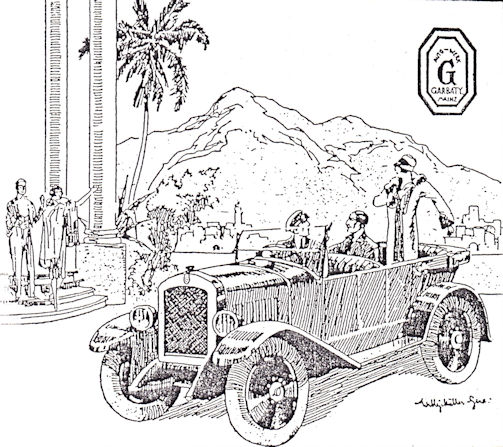 The car factory Garbaty was from 1924 to 1927 a German automobile manufacturer with seat in Mainz , founder was Möisen Gorbaty, which called itself later Garbaty.

Möisen Gorbaty, a businessman born in Belarus , first emigrated to Berlin and Vienna in 1905 , before moving to France in 1908 . After the First World War, the Gorbaty family emigrated to Germany , where Möise operated a second-hand trade in Mainz . In June 1921, Giza Gorbaty changed his last name to Garbaty.

In 1924 he founded the "Autowerk Garbaty Mainz" on Binger Schlag and produced his own cars. The Garbaty cars produced from 1924 to 1927 met a wide variety of requirements. The "GARBATY" car 5/25 hp with 1.2 liter four-cylinder engine , was touted as " the cheapest and fastest four-seater in Germany". They also built a  Phaeton and sedan and made about 23 hp . Also, sports and racing cars were produced.

With about 30 employees Garbaty built by December 1927 a total of about 400 cars, then he had to give up. The family moved back to Paris . On July 16, 1942, the approximately 13,000 remaining in Paris Jews were arrested and transported to the Eastern European concentration camp. Möise Garbaty was deported to Auschwitz in August, where he died a month later.