Automotive manufacturer Cologne Germany from 1920 to 1925 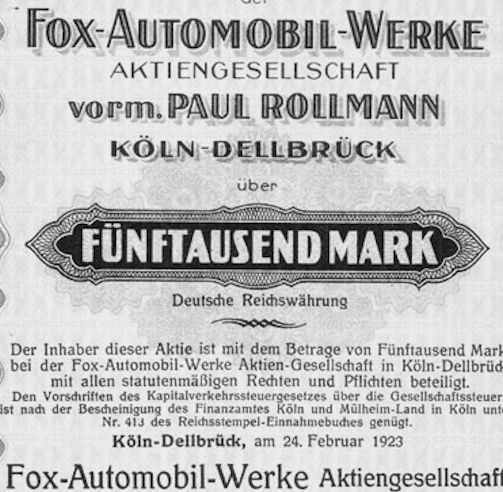 The Fox Automobile Aktiengesellschaft Paul Rollmann was a German manufacturer of automobiles in the 1920s .

The Englishman George Morrison, who remained in Germany after the First World War , founded together with Paul Rollmann in Cologne Dellbrück a company for automobile production. The year of foundation in 1920 . Emerged the company. The brand name was Fox . The company closed around 1924 .

The company made sporty small car , which a four-cylinder engine and 4 horsepower . The bodies were in Koblenz made. The choice was a two-seat coupe , an open two-seater and a sports model with a pointed tail.