Automotive manufacturer Coburg Germany from 1888 to 1903 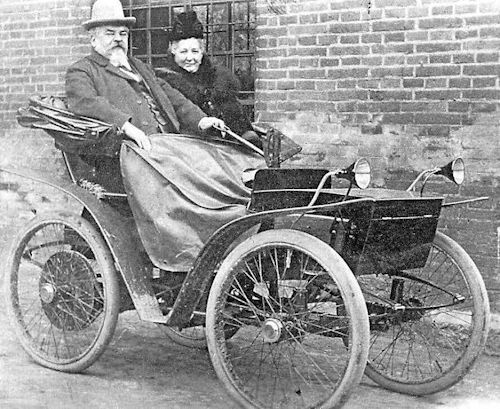 The Maschinenfabrik A. Flocken was a Coburg-based company from 1880 to 1931 in the field of vehicle construction, motor trade and electrical engineering. It was founded by Andreas Flakes .

In 1888 the department B for electrical engineering was founded. There, dynamos, electric motors and electrocentrals were manufactured. At this time, flakes began with the development of electric cars and built the electric car . Until 1903 followed at least two other models with improved drive and equipment.

In 1906, the company was expanded by a foundry. In 1919 the company was sold to Alfred Axthelm. It existed until at least the beginning of the 1930s. The factory building in the Callenberger street was destroyed in the last days of World War II with artillery fire.