Automotive manufacturer Darmstadt Germany from 1922 to 1924 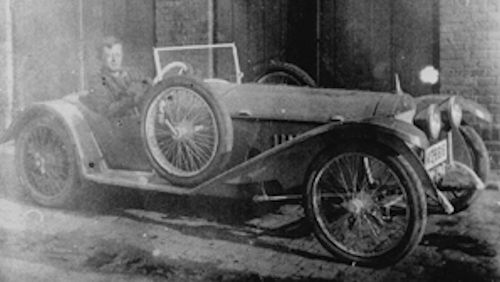 The vehicle Fabrik AG was a German automobile manufacturer in Darmstadt . With the brand Fafag is not to be confused with the brand "Fadag" of the vehicle factory from Dusseldorf .

The company was founded on April 12, 1922. The co-owners were the Darmstadt-based manufacturer Wilhelm Goebel, the merchant Emil Zimmer, the banker Karl Lehmann and the engineer Georg Hoffmann.

The designer Hoffmann, who had come from the Hessian automobile company (HAG), left the FAFAG back in mid-1923 and returned to the HAG. The trade register entry took place only on 12 March 1923. On 8 September 1924 had a Insolvency proceedings and closed.

Fafag cars were produced. They Offered  a small open sports car with 4/25-horsepower with four cylinder inline engine , which had an overhead camshaft .

At the end of 1923 Fafag disappeared from the market again. In total, about 120 to 130 vehicles were created.