Automotive manufacturer Munich Germany from 1954 to 1955 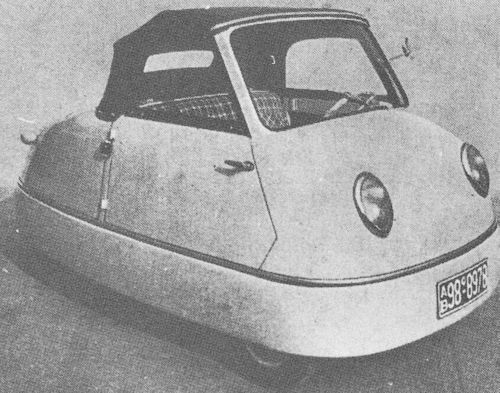 The Deltawerk Lindner GmbH was a car manufacturer based in Munich in the 1950s They built there the small microcars called Delta .

The three-wheeled car had a single cylinder with 197 cc displacement - two-stroke engine with 9-5 hp of JLO installed in the rear. The result
was a tricycle with rear 8-inch single wheel, very short and two doors.

The body was made of aluminum  and the headlights were from a Volkswagen. Price of around 2200 marks On December 16, 1954, th

The construction was by Ludwig Auer .In twelve months, only 12 copies were created and in February 1955 production ended.