Automotive manufacturers Munich; Germany from 1959 until 1963. 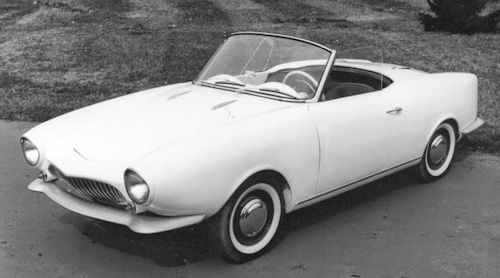 Comtesse was a German car brand from Munich.

The company Form in Plastic GmbH from Munich presented the NSU Motorenwerke in April 1959 the prototype of a roadster based on the NSU Sport-Prinz . NSU did not want to include the vehicle in the sales program. The prototype was further developed and officially introduced in the spring of 1963. The production took place at the company Peter Bauer in Cologne in cooperation with Karl Deutsch GmbH . In the same year the production ended. In total, about twelve  or 20 copies were made.

The only model was a two-seater roadster. The body was made of plastic . The vehicle length was 377 cm, the vehicle width 150 cm and the vehicle height 130 cm. The empty weight was given as 570 kg. For driving a provided two-cylinder engine with 583 cc displacement and 30 hp power. Unusually, the front grille was because the vehicle had a rear engine. The new price was 7950 DM . For comparison: The sports prince at that time cost only 5710 DM.