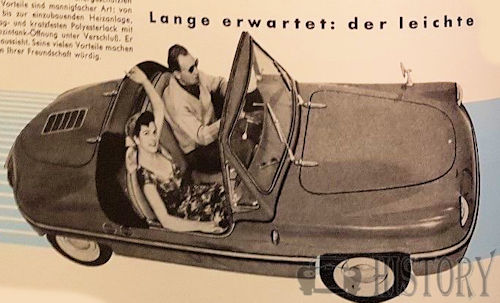 Burgfalke was a German manufacturer of gliders , which in the short term in addition small numbers of small cars produced. The company from Burglengenfeld belonged to Martin Dahmen.

In October 1951, together with Gerhard Siegel, Dahmen registered a Burgfalke Flugzeugbau oHG with the Business Segment 'Glider Construction' in Burglengenfeld. The oHG took over the production facilities of the Victoria 250 from the Victoria factories in 1958 and began producing automobiles under the brand name Burgfalke . After only a few manufactured copies, the production ended in the same year, the spare parts supply for sparrow and Victoria 250 was continued for some time.

Whether the mini-car production in Burglengenfeld or Obermurnthal , a district of Neunburg vorm forest , was based, is debatable.

The only model was the Burghälke 250 export . This was the successor of the Victoria 250th The open body could accommodate two to three people. For driving a saw cylinder- two-stroke engine of Victoria with 248 cc displacement and 14 hp power.

Two of these Burghawks 250 were delivered to the USA; one was exhibited in Bruce Weine's Microcar Museum. In the course of the dissolution of the museum, he was auctioned for $ 20,700 and remained in the United States; The Burgfalke emblem of this car also shows the indication "FB 250". 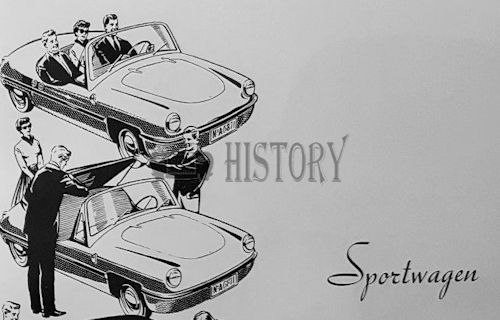