Automotive manufacturers Berlin, Germany from 1907 until 1922. 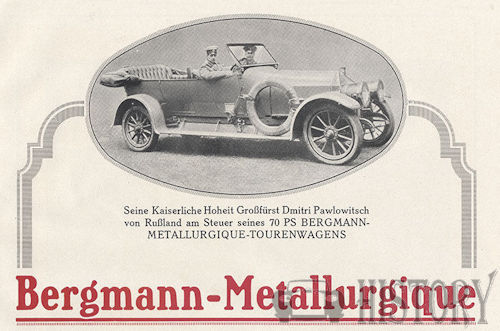 The Miners Metallurgique mbH was a German car and commercial vehicle manufacturers, who from 1907 to 1922 in Berlin was established.

The company was founded as a subsidiary of Bergmann Elektrizitätswerke . She had the license to build the Belgian Métallurgique cars in Germany. The business connection was mediated by Duke Ludwig of Bavaria , whose sister was married to the Belgian king. The duke was also a member of the supervisory board in the company.

The models of the Belgian licensor were taken over unchanged and built until the beginning of the First World War . Then they gave up the car production and built trucks. After the war, the car production started again; the license had been withdrawn from Métallurgique. Thus, only a few specimens under the name of miner originated from parts that were still available from before the war. 1922, the production was discontinued.