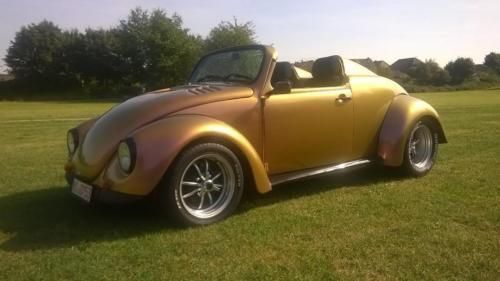 The Aumann Kit Cars GmbH was a German manufacturer of automobiles .

Peter Aumann had been operating Aumann-Kunststoff-Fertigung GmbH in Rheine since February 1985 .  Soon after, he began with the development of kits for automobiles.

Aumann initially offered only a Van called vans with side-hinged tailgate. base was the VW Beetle . 1987 Speedster and Spyder followed .  These were open variants. with a four-cylinder piston engine .