Automotive manufacturer Eutin,Germany from 1985 to 1989 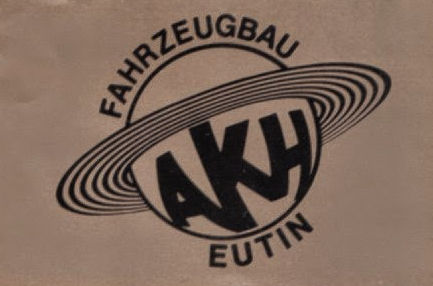 The AKH automotive GmbH was in Eutin . AKH offered two-door convertibles based on Mercedes Benz limousines W201 series . These could optionally be ordered with a spoiler set consisting of a so-called coupe hood, front and rear aprons and side skirts. The spoiler set was also offered separately under the name Note Alpha.

In June 1989, the company headquarters moved to Wenningstedt on Sylt .  There, the company was on 10 November 1989 by decision of the Amtsgericht Niebüll dissolved after the opening of bankruptcy proceedings was rejected for lack of assets.

The AKH 190C CABRIOLET was developed in 1986 by AKH Fahrzeugbau Eutin and the Hamburg company CARO and brought to series production. The prototype was first presented in February 1987. According to the price list 09/87 38,760, -DM were required for the cabriolet production in basic equipment. This does not include a base vehicle of the W201 series . This could basically with all of Mercedes-Benz available special equipment options. Furthermore, an electro-hydraulic roof operation with emergency operation for 5,700.00 DM and a padded roof lining for 1,938.00 DM could be ordered. The optional AKH bonnet in coupe style struck with DM 1,938.00 and the AKH spoiler set Note Alpha with another DM 2,871.66, so that an AKH 190C cost slightly more than DM 90,000.00 and was thus more expensive than one at the same time available 300 SL of the Mercedes-Benz 107 series .

The spoiler program Note Alpha could also be mounted on series sedans of the W201 series .

. The same vehicle had another "appearance" in an episode of the BBC crime series Bergerac