Automotive manufacturers Berlin; Germany From 1899 to 1907 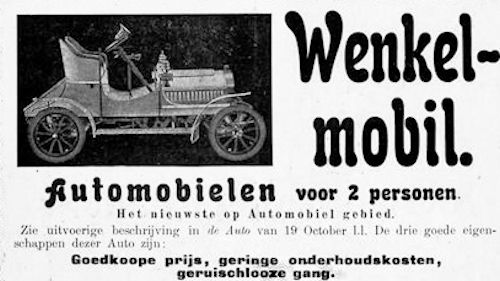 Wenkel's first car, built around 1899, was based on a light tubular steel frame for an air-cooled De-Dion-Bouton engine, originally developed for tricycles. The rear axle was chain-driven. The next model, a four-seater with a break chassis and a stronger water-cooled Aster motor with battery ignition, he was already calling a "Wenkelmobil". With an improved 4-hp version with a Belgian Vivinus engine he travelled through the Far East from 1901 to 1903 and built Wenkelmobils adapted to the tropical climate in Java, where petrol was very cheap. The construction followed that of light American steam cars, with a standing engine in the rear and friction drive.After his return to Berlin Schneider & Co produced several models of the Wenkelmobil, which was at first a reasonably successful small car. The construction of the car was described in a contemporary automobile magazine with reference to the picture alongside: 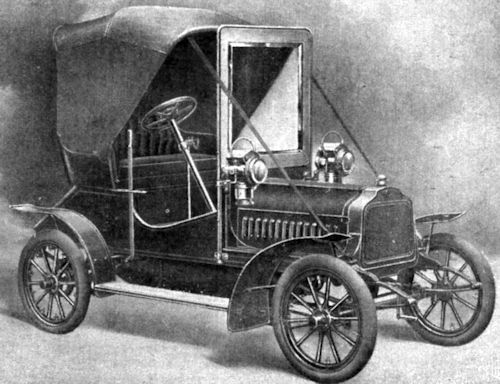 "The engine a sets the face plate b, which serves as the flywheel, into motion and the rotation is transferred to the discus wheel c. Through this the shaft dd with the sprocket turns. Thus the chain e drives the rear axle. The speed is adjusted by shifting the discus wheel c on the shaft dd by means of the hand lever fastened to the left of the upper end of the steering column and the articulated lever f. The bearings of the shaft dd with the discus wheel c can be shifted forwards and backwards carriage-like by the hand lever g to the right of the driver's seat. By means of this hand lever the discus wheel c is engaged with the face plate b and the engine, or idling, pressed backwards against the brake arm f to brake the car. So this lever serves both to brake and to engage the clutch. Independently of the aforementioned brake there are two band brakes r1 and r2 on both rear wheels. The beehive radiator n cools the cylinders by means of the belt-driven pump l. The chassis is made of iron-reinforced wood. The front axle is straight, the rear axle is full-length and has no differential."

In 1906 a model with a 9/10 hp engine was produced, but in the long run the car was not able to compete because of its friction drive and lack of a differential. In 1907, while Wenkel was travelling through South America, production of the Wenkelmobil was stopped because of falling demand. 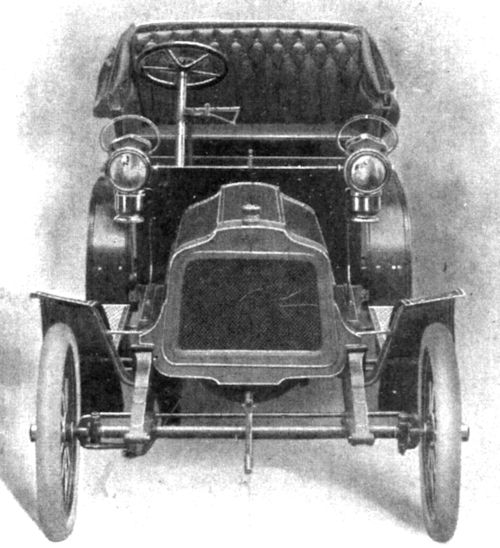