Automotive manufacturers Branderburg; Germany From 1900 to 1904 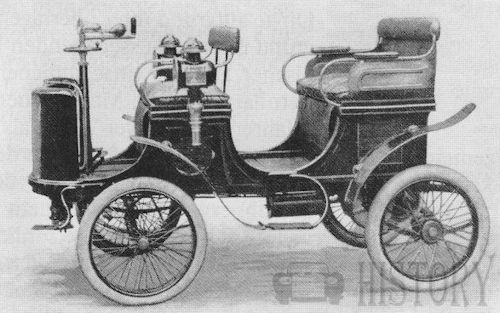 The Kondor was a German automobile manufactured from 1902 until 1904.

1900,began the production of small cars.and the first Kondor automobiles were launched.

Small motor coaches for two to four people, with different bodies at prices between 4000 and 4200 marks were offered.

The models were equipped with a water-cooled 3.5 hp single-cylinder engine, a friction gear and magneto ignition. The maximum speed was given as 30 km/h.