Automotive manufacturers Hamburg,Germany From 1905 to 1907 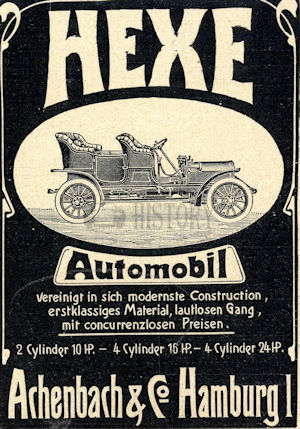 The Hexe was a German automobile manufactured by Achenbach & Co in Hamburg from 1905 until 1907. 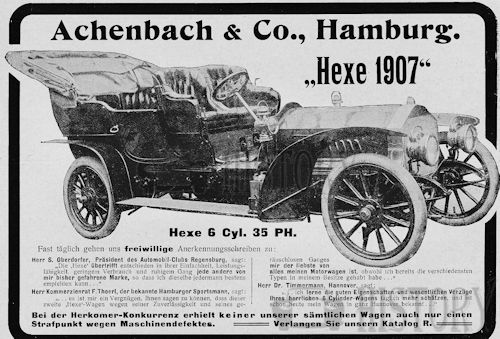 In 1908, Achenbach stopped producing its own automobiles and instead imported Nagant cars to Germany.

All vehicles were available as Doppelphaeton , Landaulet or sedan .

Hexe
Automotive manufacturers Hamburg,Germany From 1905 to 1907
Updated
Friday, 25 May 2018
Edited By
MCH