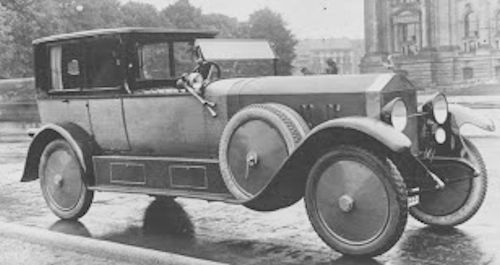 The Ehrhardt-Szawe was a German automobile manufactured between 1924 and 1925.

It was formed when Ehrhardt company took over operations for the Szawecompany of Berlin-Reinickendorf.

The resulting expensive car, a 2570cc 10/50hp ohc six-cylinder engine, was designed without regard to cost; even its radiator was made of German silver.This proved to expensive and production was short lived.

Ehrhardt-Szawe Automotive manufacturers
Berlin Germany from 1924 to 1925
Updated
Friday, 25 May 2018
Edited By
MCH