The Ehrhardt was a German automobile manufactured from 1905 until 1924.

The company was founded by Gustav Ehrhard, son of Heinrich Ehrhardt of Dixi. Its operations were centered at Zella-St-Blasii and at Düsseldorf.

Ehrhardts came in two and four-cylinder models of high quality and price. 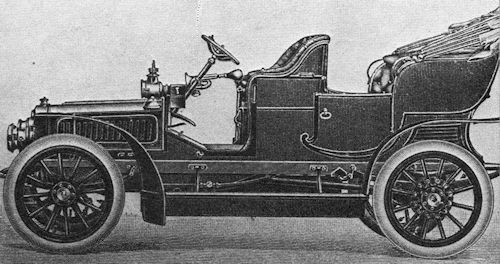 The largest was a 7956cc four-cylinder which had four-wheel brakes by 1913. After 1918, the factory produced a 40hp four-cylinder and a 55hp six-cylinder, both luxury cars with ohc engines.

Ehrhardt was succeeded in 1924 by Ehrhardt-Szawe.