A Chaika (Russian: Ча́йка), which means gull, is a luxury automobile from the Soviet Union made by GAZ. The vehicle is one step down from the ZIL limousine.

Chaika production consisted of two generations. The Mark 1 Chaika, the GAZ 13, debuted in 1958,was a copy of the '1955 Packard Patrician four-door sedan,except that that Packard was a 4-window sedan and Chaika, with almost the same overall body length, a 7-seater (with jump seat) 6-window sedan or limousine,depending on divider partition.The cabriolet was made in 1961 and 1962 for official parades.It was produced from 1959 to 1981, with 3,179 built in all.The M13 was powered by a 195 hp (145 kW; 198 PS) 5.5L V8 and driven through a push-button automatic transmission of a similar design to the Chrysler TorqueFlite unit. It was offered as a saloon (GAZ 13), limousine (GAZ 13A), and four-door cabriolet (GAZ 13B) with an electrohydraulic top. 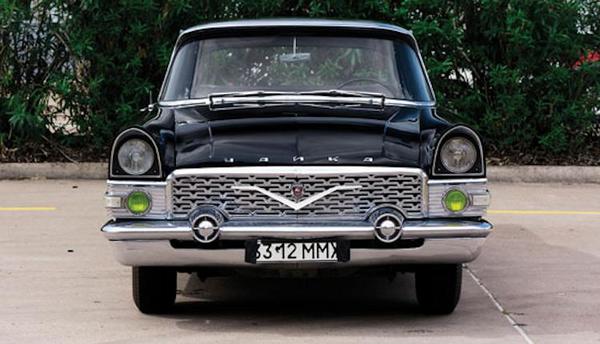 RAF in Riga produced the GAZ 13A Universal, an estate, in the 1960s in Riga; this was also built as the GAZ 13C ambulance, as well as a hearse. Produced for a few years in the 1960s, it is the lowest-volume Chaika variant. Small numbers were also built for Mosfilm. As a limousine-class car, Chaikas were available only to the Soviet government, and could not be purchased by average citizens. However, citizens were allowed to rent Chaikas for weddings. <-Chaikas were one step down from the more prestigious ZIL limousines, and were issued to top professionals, party officials, scientists, academics, and other VIPs. --> Chaikas were used by Soviet ambassadors and Communist Party First Secretaries in East Germany, Korea, Bulgaria, Hungary, Mongolia, and Finland, among others; Fidel Castro was given one by President Nikita Khrushchev, who himself preferred the Chaika to his ZIL, and kept one at his summer dacha. For their larger size and more powerful V8, Chaikas were also ordered in some quantity by the KGB. Top speed was 99 mph (159 km/h). 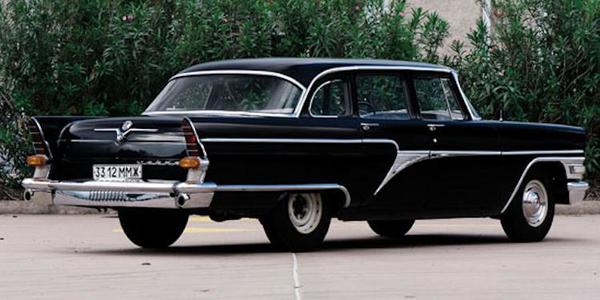 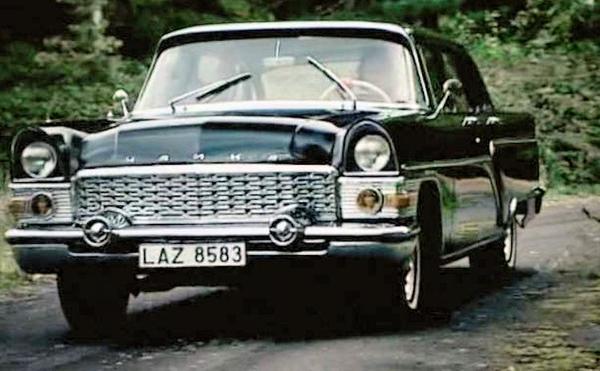