The Volga Siber (Russian: Волга Сайбер) is a four-door sedan car manufactured by the Russian firm GAZ, introduced at the 2007 Moscow International Automobile Salon and marketed in a single generation for model years 2008 to 2010.

Manufactured under license from Chrysler, the Siber used the superseded platform and tooling from the second generation Chrysler Sebring/Dodge Stratus with very slight design modifications executed by the British studio UltraMotive to its grille and headlights. Other modifications were limited to a stiffer suspension and higher ground clearance.

The Siber was introduced at the start of the Global Economic Crisis of 2008, and though annual production of 40,000 vehicles had been planned, sales were not as expected and 9,000 had been manufactured by the time the Siber was discontinued after model year 2010.

Production of the GAZ Siber began with a pilot batch on 28 March 2008, with a steady production level reached by 25 July 2008. Russian President Vladimir Putin visited the factory on the eve of volume production, along with dignitaries from the state of Michigan and the Michigan Economic Development Corporation.

20,000 Sibers were planned for production in 2008, with 40,000 planned for 2009. Eventual yearly production was desired to reach the plant capacity of 100,000 vehicles per year. On 29 August 2008, GAZ began fleet sales of the Siber, to government employees and businesses including Russian bank Sberbank.

For production of the Siber, a superseded assembly line was relocated from Chrysler's plant in the USA. The GAZ plant assembly line approximated the layout of the former Chrysler plant, with assembly workers having completed a comprehensive professional training program abroad. Engineers from Magna International assisted in transfer of the assembly line and employee training.

At first, mostly imported parts were used in vehicle assembly; domestic components were used only when their quality was at least as good as their imported counterparts. Engines were purchased from Chrysler. Plans were to bring local parts production levels to 50%. Head- and tail-lamps, bumpers and some panel components were produced locally at the start of production. All other parts were imported; the engine and electronics were produced at the Complejo Industrial Ramos Arizpe industrial centre in Saltillo, Mexico, and other parts in the USA.

The production of the older GAZ Volga 31105 ended in summer 2010. There will be no further car models under this brand. 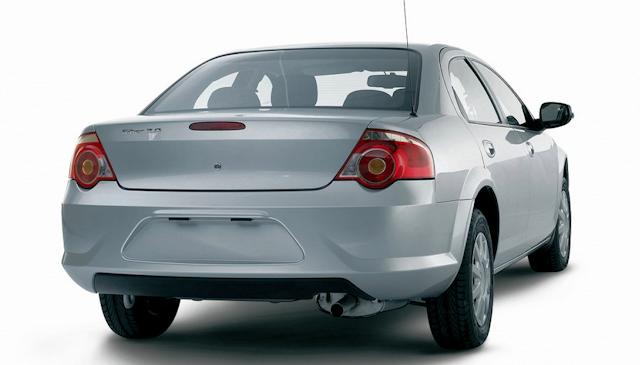