The GAZ Sadko (Russian: Садко) is a Russian built 2.5-ton all-wheel drive cargo truck. The Sadko is produced by the Gorky Automobile Plant (GAZ) and was named after Sadko, a character of Russian medieval epic (bylina), who was an adventurer, merchant and gusli musician from Novgorod.

The current GAZ-3308 “Sadko” series of vehicles is a replacement for the venerable GAZ-66, which entered production in 1964 and remained in production for approximately thirty-five years. Production of the GAZ-3308 began in 1996 as per military requirements. Commercial and export versions are also available.

The first of the new all-wheel drive truck was created by the Gorky Automobile Plant in 1996 under the symbol GAZ-33097. Series production models, to get the industry index GAZ-3308 and its own name "Sadko", began in December 1997. The Russian Army's 2.3-ton truck GAZ-3308 replaced the model GAZ-66-40 -cab-over-engine. On GAZ-3308, a modified (using different fenders with enlarged wheel arches) cab from the GAZ-3309 and drive axles and transmission similar to that used on the GAZ-66-40.

In 2005 there was also the 4-ton model GAZ-33086 Countryman twin-tired rear axle, which uses elements of the "Sadko". 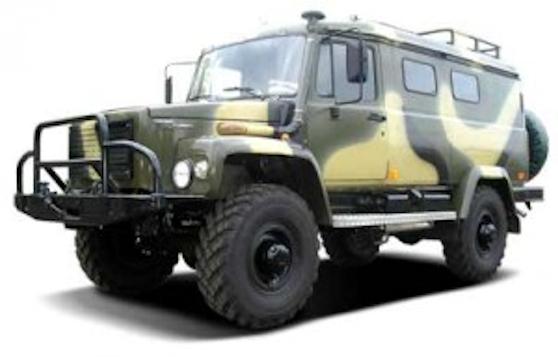 The GAZ-330811-10 Вепрь VEPR (En:Wild Boar) is a special-purpose vehicle based on a "Sadko" with a three-or five-door all-metal body. "Wild Boar" retains all the advantages of a car "Sadko" (momentum, continuity, comfort cab).

Engines are coupled with 4- or 5-speed manual gearboxes.

A central tire inflation system is fitted as standard. 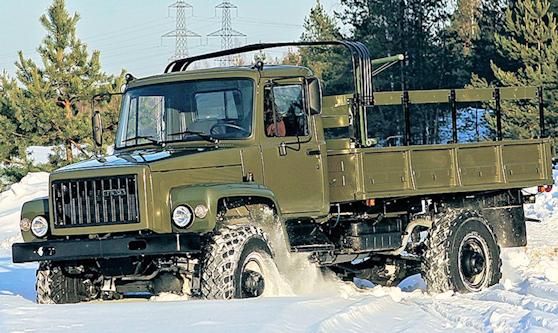