The GAZelle (Russian: ГАЗе́ль) is a series of light commercial vehicles: trucks, vans and buses made by Russian car manufacturer GAZ. GAZelle, together with its lighter version Sobol, account for the majority of the Russian van and light truck market, has strong positions on the markets of CIS countries and rank as GAZ's most popular and successful products.

1994- Start of production of the first generation. Initially released only freighters.

2006- side repeaters turning lights moved from the front wings to the side mirrors, which were painted body color

2010- Scale modernization, construction of 130 made changes including: a new grille combined with the bumper. Inside, a new family of vehicles differ from their predecessors a front panel, steering wheel, standard audio head unit from Blaupunkt, new cab heater control unit or the front of the cabin.

2011- In the factory catalog appeared shuttle van with high roof.

The GAZ Sobol is a lighter duty version of the GAZelle, built on a shorter wheelbase. It was introduced in 1998.

The GAZ Valdai is a heavier duty version of the GAZelle, built on a longer wheelbase. It was introduced in 2003.

Version Gazelle NEXT of 2013 has its own system with the three basic trim levels and a set of options. 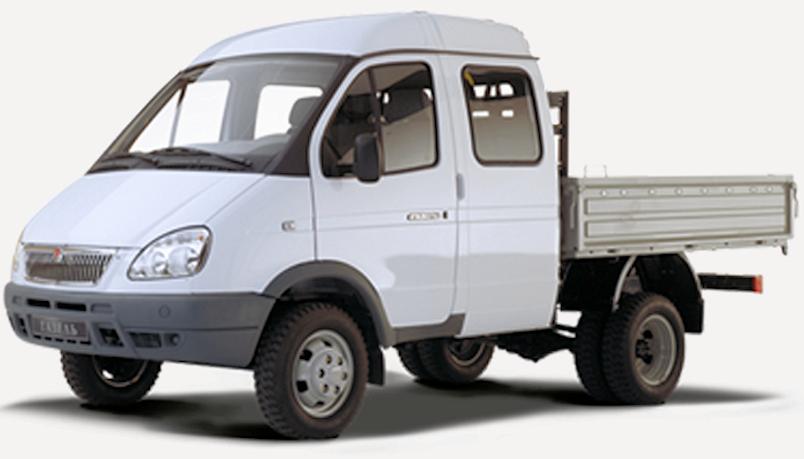