GAZ–MM is a truck with a maximum usable weight of 1.5 ton was produced at the end of the 1930s and at the first part of the 1940s by GAZ in the Soviet Union. It is a simplified version of Ford Model AA’s Soviet licence version. At the beginning of World War II more than 150,000 were in use at the Red Army.

In fact, GAZ-MM was just a designation of a strengthened 50 HP engine, introduced in 1938, while in factory documents these trucks were still designated as GAZ AA.. This name is especially used to describe a simplified wartime model, produced from a beginning of 1942. In some series there were no doors, front brakes, front bumper, front stamped fenders were replaced with plain welded ones, and only one headlight remained. From mid-1942 the trucks had wooden doors, with sliding parts of windows. 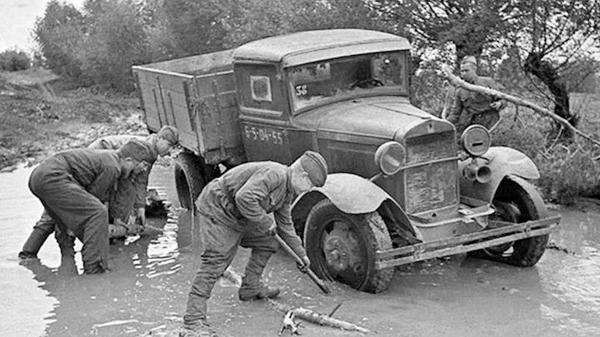