The GAZ 69 was also produced under licence by ARO in Romania, first as IMS-57, then as Muscel M59, later modernized as the Muscel M461. Many GAZ-69 trucks were used in Poland during the Cold War.

The basic variant GAZ-69 has a pair of doors only and most often appears with standard canvas top and upper sides. Further variant GAZ-69A (UAZ-69A) has two pair of doors. From the UAZ-69 there were developed a rear-wheel drive only van, the GAZ 19, which never passed the prototype stage. The off-road van and light truck UAZ-450 and newer UAZ-469 also traced their origins to the GAZ 69. 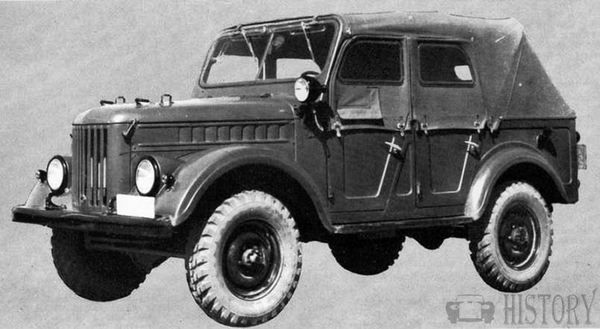 The GAZ-69 was the basic light off-road vehicle of the Soviet Army, replacing GAZ-67s and Willys Jeeps. The GAZ-69 was itself replaced with the UAZ-469.

It was also used as the basis for the 2P26 tank destroyer, as well as for the GAZ 46 MAV, a light 4x4 amphibious vehicle, whose design was largely copied from the World War II Ford GPA 'Seep'. 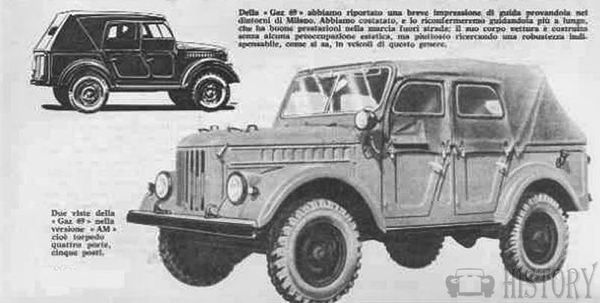