GAZ-61 was a four wheel drive car from USSR manufacturer GAZ first introduced in 1938 by designer V. A. Gratchev, to replace his too-complex model GAZ-M2. It was made by putting the GAZ M2 body on a four-wheel-drive chassis (one of the world's first all-wheel drive passenger cars). It could climb angles up to 38 degrees and cross water up to 72 cm (28 in) deep.

The GAZ-61 was produced not only in civilian black but also in blue and Russian 4BO green, together with the typical cross-country tread tires. 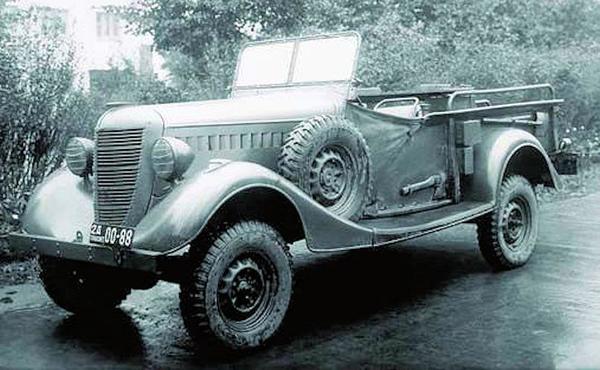