GAZ or Gorkovsky Avtomobilny Zavod (Russia, Nizhny Novgorod), translated as Gorky Automobile Plant (Russian: ГАЗ or Го́рьковский автомоби́льный заво́д), started in 1932 as NAZ, a cooperative enterprise between Ford and the Soviet Union, as a result of a Five year plan.

GAZ is the core company of GAZ Group holding, a part of Basic Element business group. The headquarters of GAZ Group is located in Nizhny Novgorod. Russian Machines Corporation is the controlling shareholder in OAO GAZ.

In May 1929 the Soviet Union signed an agreement with the Ford Motor Company. Under its terms, the Soviets agreed to purchase $13 million worth of automobiles and parts, while Ford agreed to give technical assistance until 1938 to construct an integrated automobile-manufacturing plant at Nizhny Novgorod. Production started on January 1, 1932, and the factory and marque was titled Nizhegorodsky Avtomobilny Zavod, or NAZ, but also displayed the "Ford" sign. GAZ's first vehicle was the medium-priced Ford Model A, sold as the NAZ-A, and a light truck, the Ford Model AA (NAZ-AA). NAZ-A production commenced in 1932 and lasted until 1936, during which time over 100,000 examples were built.

In 1933, the factory's name changed to Gorkovsky Avtomobilny Zavod, or GAZ, when the city was renamed after Maxim Gorky; similarly, models were renamed GAZ-A and GAZ-AA. From 1935 to 1956, the official name was augmented with imeni Molotova (literally, named after Molotov). It became AvtoGAZ, with the integration of its various subcontractors, on 24 August 1971; the same year, it was awarded the Order of Lenin.

The GAZ-A was succeeded by the more modern GAZ-M1 (based largely on the four cylinder version of the Ford Model B), produced from 1936 to 1942. The M letter stands for Molotovets ('of Molotov's fame'), it was the origin of the car's nickname, M'ka (Эмка).

Experience with the A and the M1 allowed the GAZ engineers to develop their own car model independently of Ford. Called the GAZ-11, this more upscale model entered production in 1942 and remained in limited wartime production until 1946. The M2's bodyshell entered limited production in 1941, mounted on a four-wheel drive chassis and sold in small quantities as the GAZ-61.

During the war years, GAZ engineers worked to develop an all-new car model to enter production once hostilities ended. Called the GAZ-M20 Pobeda (Victory), this affordably-priced sedan with streamlined, fastback styling, entered production in 1946 and was produced by GAZ until 1958. (Licensed production under the name Warszawa continued in Polish FSO until the 1970s). The GAZ-72, a four-wheel drive version, was produced in low volume.

During the war GAZ also assembled Chevrolet G7107 and G7117 (G7107 with winch) from parts shipped from the USA under Lend Lease.

GAZ also made GAZ-12 ZIM, GAZ-21 and GAZ-24 Volga and the luxury cars GAZ-13 and GAZ-14 Chaika. Volga-21 was launched in 1956 and became a symbol of the whole Soviet epoch. Production of Chaika started in 1959. Over the years several modifications of Volga and Chaika were produced. Small numbers of Volgas with the 160 hp (120 kW; 160 PS) Chaika engine, automatic transmission, and power steering were built for the KGB as the M23, but proved unpopular due to poor handling. Only 603 were built from 1962-70. GAZ also refused to update the GAZ-24's front suspension, a perennial point of complaint.

In the 1960s GAZ plant renewed its truck range by launching such models as GAZ-52, GAZ-53А and GAZ-66. In the 1960s and 1970s, the plant was overhauled and updated; 1962 saw it fitted with the Soviet Union's first automated precision shop. In 1994 the plant started production of GAZelle light commercial vehicles. GAZelle quickly gained popularity in Russia. Currently there are over 300 modifications of these vehicles for various applications. GAZelle gave a huge impetus to development of small and medium businesses in Russia. GAZ plant also launched production of the related Valdai medium-duty truck and the Sobol (sable) light commercial vehicle. 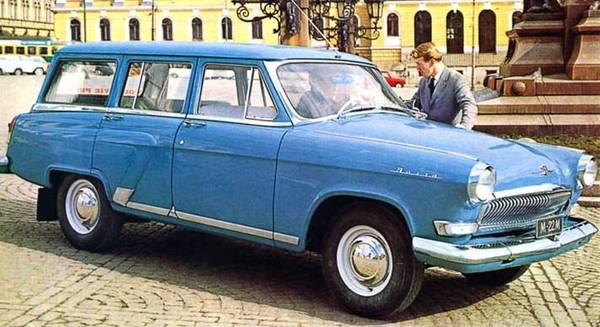 In 2006, GAZ made a move on the LDV company based in Birmingham, England, and acquired the van maker from the venture capital group Sun European Partners in July of that year. GAZ said that they planned to market the MAXUS (LDV's new Panel-van that was released in January 2005) into the rest of Europe and Asia. GAZ proposed to increase production in the LDV plant in England, while also commencing production of the MAXUS in a new plant in Russia. However, due to the recession, the production at the LDV plant was halted and the plant was sold to a Chinese company called ECO Concept in 2009.

As then DaimlerChrysler modernized its Sterling Heights Assembly plant in 2006, the old Chrysler Sebring / Dodge Stratus assembly line and tooling was sold to GAZ and was shipped to Nizhny Novgorod in Russia. To produce the vehicle in Nizhny Novgorod, GAZ built a modern production facility with a high degree of automation. GAZ marketed the vehicle with minor design as the Volga Siber from 2008 until the end of 2010 when it was phased out due to the economic crisis. Now GAZ car facility is used for contract manufacturing for Volkswagen and General Motors.

In 2009, Bo Andersson, former Vice-President of General Motors, was appointed President/CEO of GAZ Group. That was a turning point in the company’s development after the crisis period of 2008. Under the leadership of the foreign management the company renewed its model range, established cooperation with the leading international manufacturers and achieved the best financial results in the company’s history.

In 2010, GAZ upgraded its model range by launching new GAZelle-BUSINESS lineup with diesel and petrol engines and LPG equipment. In 2012 GAZ is starting preproduction of the new-generation light commercial vehicle GAZelle-Next. The new GAZ model will be launched into mass production in 2013.

In February 2011, General Motors and GAZ Group signed an agreement on contract assembly of the new Chevrolet Aveo car at GAZ plant in Nizhny Novgorod. As of December 2012, production was underway with an expected annual production of 30,000 vehicles.

In June 2011, Volkswagen Group Rus and GAZ Group signed a long-term agreement on contract manufacturing at GAZ plant with total investment of €200 million. It is planned to produce Škoda Yeti, the new Volkswagen Jetta and Škoda Octavia. The total production volume in the peak years will be about 110,000 vehicles. In November 2011, under the contract manufacturing agreement, GAZ started SKD assembly of Škoda Yeti; full-cycle production started in December 2012. Production of Volkswagen Jetta and Škoda Octavia will start in 2013.

In 2011, Bo Andersson received Automotive Executive of the Year Award at the International Automotive Forum organized by the Adam Smith Institute, and was named a Eurostar of automotive industry in the emerging market category by the Automotive News Europe Magazine for achievements in model range renewal, establishment of cooperation between GAZ Group and leading international automakers, and positive financial results of the company in 2010. 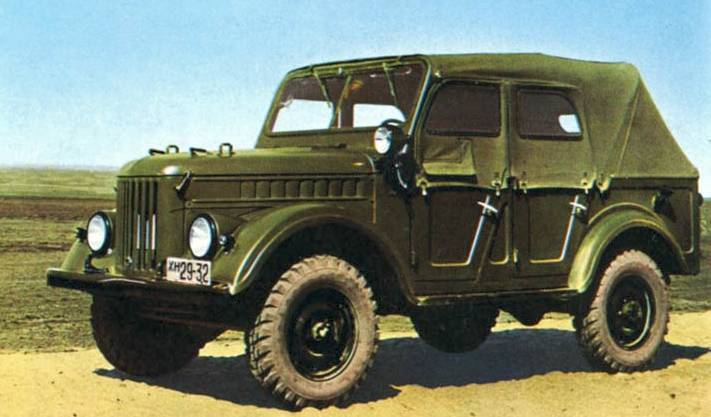